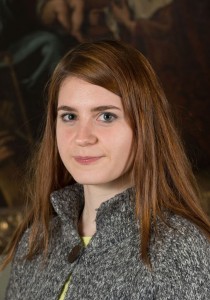 Alina Mészöly Horváth was born in Budapest, Hungary, where she started to play the piano at the age of 7. In 2011 she came to Scotland and continued her studies under the tuition of Jonathan Plowright at the Royal Conservatoire of Scotland with scholarship. Her interest in early music motivated her to start experimenting with period instruments and decided to study about the 17th Century’s keyboard music and continuo playing with Jan Waterfield. This summer she successfully graduated with the Honours of the First Class Degree.

She has participated in numerous national and international competitions, among of others she got ‘Nivo’ Prize at the National Béla Bartók Piano Competition in Hungary, 1st Prize and the Audience Award at the ‘Music without borders’ International Contemporary Music Competition, 2nd Prize at the Hungarian National High School Competition of Chamber Music and at the RCS she got Highly Commended at the Ian D Watt Prize (2011), Tony and Tania Webster Prize (2012), Peter Lindsay Miller Prize for Piano Duo (2012), Concerto Competition (2014) and won the Governors’ Recital Prize for Chamber Music (2015) with the Zengo Piano Trio which also has been awarded the Mary D. Adams Prize for Chamber Music. In 2013, she participated and played orchestral piano in the Britten 100 Celebration Project with the BBC Scottish Symphony Orchestra. Alina performed as a soloist with the RCS Wind Orchestra in the Scottish Concert Band Festival in 2014. In the same year she also got an opportunity to perform Poulenc’s Concerto for Two Pianos as a soloist in front of the RCS Symphony Orchestra and was awarded with the Philip Halstead Prize for Piano. As a member of the RCS Baroque Ensemble she played continuo in Purcell’s Dido and Aeneas in March, 2015. She has performed in various concert halls and music festivals such as Budapest Spring Festival (2007), RCS Piano and Plug Festivals (2012-15), Ardkinglas Piano Festival (2014), Glasgow Piano Festival at the Royal Concert Hall, Aberdeen International Youth Festival and Edinburgh Festival Fringe (2015).