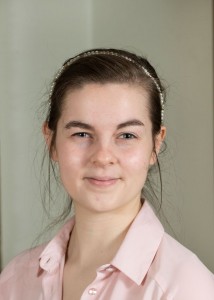 Brianna graduated with 1st class honours from The University of Glasgow, Bachelor of Music degree. She was granted the Edward Caird Award to allow her to continue her studies in a joint degree course between the Royal Conservatoire of Scotland and the University of Glasgow studying for a Masters of Historically Informed Performance. Her PhD research examines the 18th century castrato singer Venanzio Rauzzini and education and career of his operatic students.

Throughout the year she takes part in many concerts and competitions. Brianna took first place in the Glasgow Music Festival’s Opera and Oratorio also winning the Judith Richmond Memorial certificate and the Janette Clanachan Memorial Award for performance of Opera and Oratorio. She was awarded first place in the opera category of the Edinburgh Music Speech and Dance Festival, where she also won the Alice J. Fleming medal. She is currently a Lanfine Choral Scholar with The University of Glasgow Chapel Choir. Brianna regularly performs as a soloist recently playing the role of Josephine in Gilbert and Sullivan’s HMS Pinafore and in a concert tribute to Roger’s and Hammerstein. In 2015, she sang in the Bel Canto Summer School engaging in master classes and private lessons with early music specialists including Emma Kirkby, Nicholas Clapton and Robert Toft.

Brianna frequently combines her research with performance and has given performance-talks at The Hunterian Museum, Art Gallery and the University of Glasgow Chapel. She has also had the opportunity to be a part of The Burning Circle 2013, which took place at Brodick Castle on the Isle of Arran and created a contemporary theatre work with practitioner Cara Berger for the 2015 UNFIX festival. Upcoming events in 2016 include speaking at TedxGlasgow and performing at the Scottish Graduate School for Arts and Humanities showcase.