This is the second ‘sett’ of ‘Comin thro’ the rye’. It was a real challenge for Brianna to sing two versions of the same song, also when she knows the song in other forms, having sung it for many years. She had to amend and adjust the melodies as printed in the SMM. We also decided that this version might sound better with a fiddle (the first set of the song was performed with harpsichord and guitar). Daniel, our fiddler, had to make decisions about what he’d play and if he would play the tune or make up chords on the fiddle. 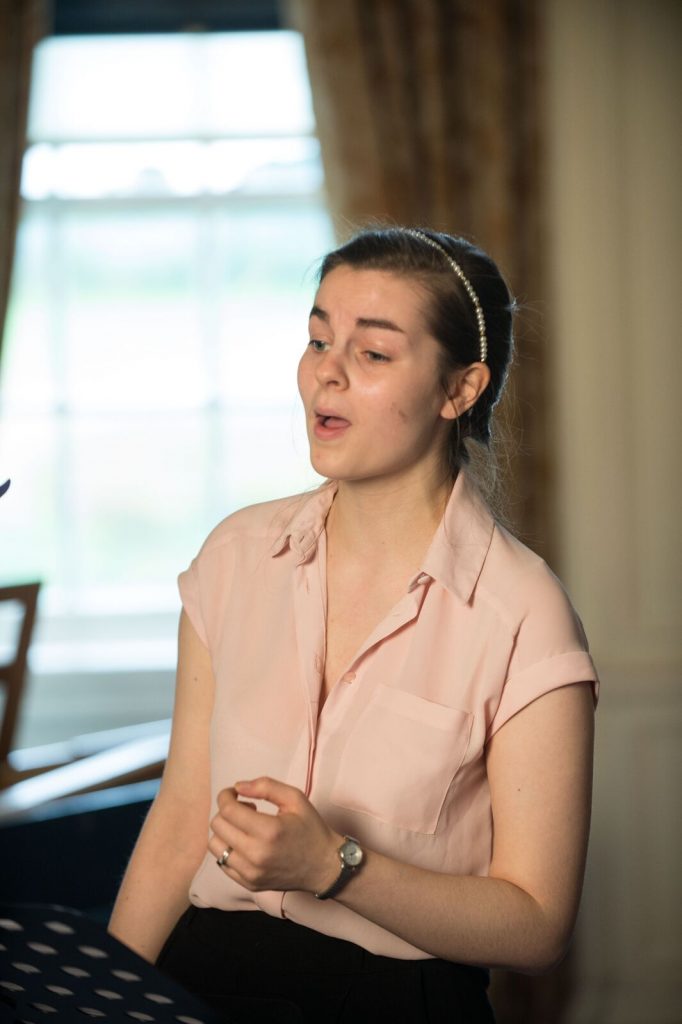