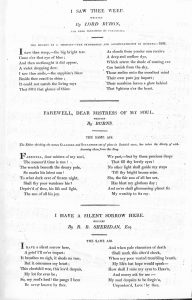 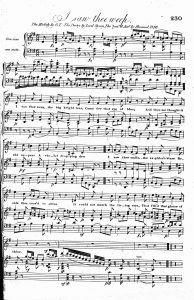 Correspondence about this song between Burns and Mrs Dunlop began on the 12th February 1788. The protagonist is Agnes M’Lehose, whose famous sentimental affair with Robert Burns started in 1787 – in fact in one of his letters to Mrs Dunlop, Burns wrote that “My song, Clarinda, was a real affair”. Thomson made a few changes to the text, starting with the title and first line.

This is another setting of Burns’s ‘Clarinda mistress of my soul’ which first appeared in the Scots Musical Museum and you can also hear that version on our website. Thomson’s version makes a nice companion piece – both settings are quite stylised which suits Burns’s text well. This setting was to a tune of Thomson’s own creation, and with a new setting by Johann Nepomuk Hummel in 1826. Burns’s text appeared as the second choice of text, under Byron’s  ‘I saw thee weep’ and before R.B. Sheridan’s ‘I have a silent sorrow here’. All three songs heavy with tears! Jonathan found it difficult to underlay the Burns text to the melody, as the printed copy has Byron’s words underlaid. So it took hard work on his behalf to match words to melody here. There is an additional flute part for this setting, but we were unable to use this, due to pitch problems with the fortepiano. 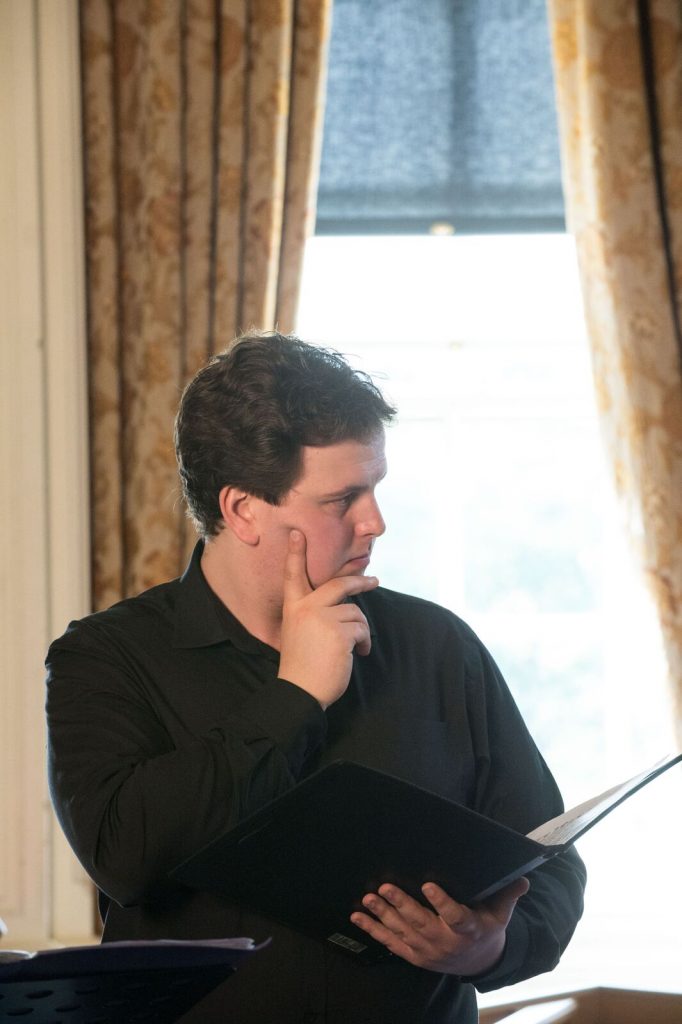