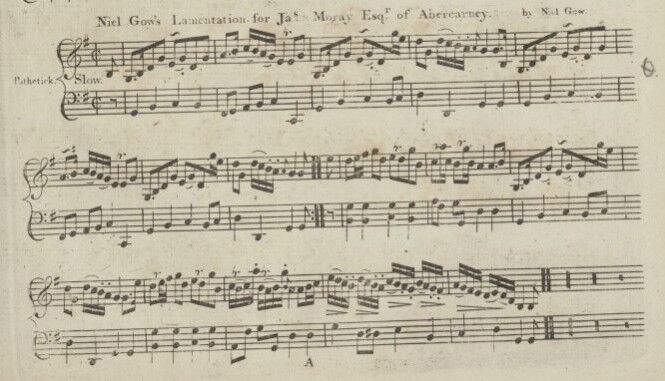 In its original version from A Collection of Strathspey Reels of 1788, Niel Gow’s Lamentation for his patron James Moray of Abercarney (now Abercairny in Perthshire) is a tune of real desolation above a stark drone-like bass. The more familiar version heard here is from the second edition of the book (published after Burns’s death): Niel’s son Nathaniel has smoothed out the tune’s wildness and pain, and set it to a flowing bassline to make it more idiomatic for Edinburgh New Town’s pianos.