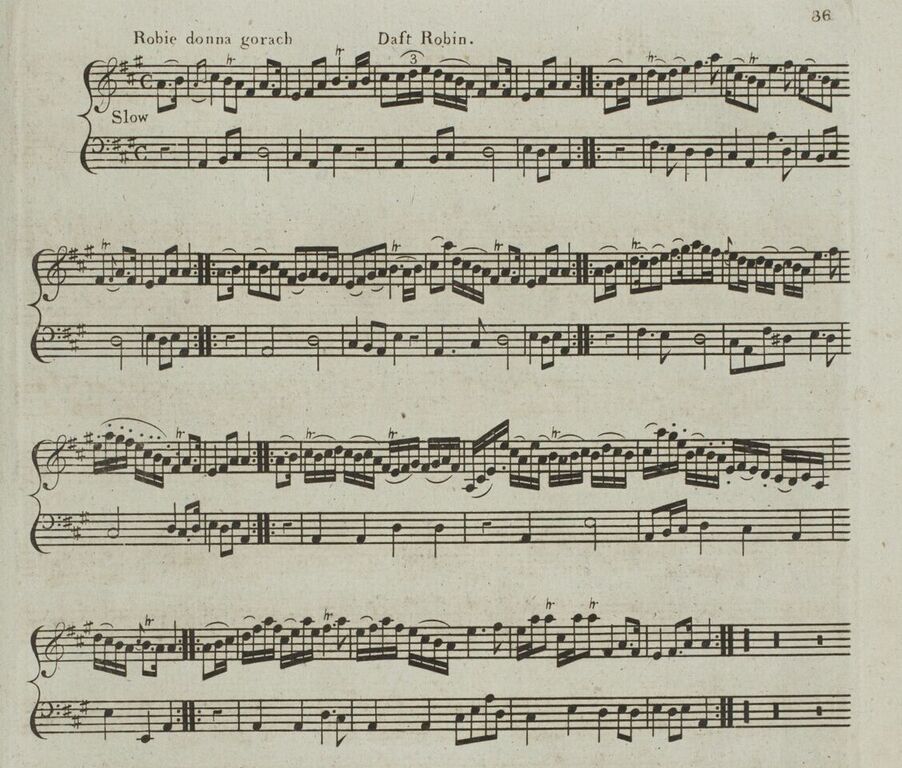 The tune for ‘The Banks of Nith’ is labelled in SMM as ‘Robie donna gorach’, but the printed music in fact consists of a tune composed by Burns’ friend Robert Riddell, also entitled ‘The Banks of Nith’. The title of the tune Burns used was also found in Macdonald (1784). In this recording we present the opening two strains from a variation set on ‘Robie donna gorach’ (or ‘Daft Robin’) included in Niel Gow’s first collection of 1784.

It is likely that Burns knew this setting: in the Hastie MS, he specifically mentioned Gow’s first collection, and Burns set several songs to Gow’s fiddle tunes, including ‘Major Graham’ (‘A Red Red Rose’ SMM 402) and ‘Lamentation for Abercarney’ (‘Where braving angry winter’s storms’, SMM 195). Burns may also have known ‘Robie donna gorach’ from Gow’s own playing: he met the fiddler at Dunkeld in 1787, and later described him as ‘a short, stout-built, honest highland figure’ (HT, 147).