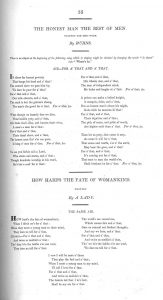 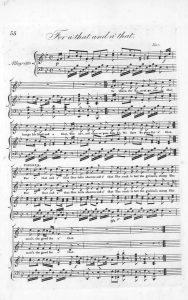 This song was sent to Thomson in January 1795. The themes of equality, human rights, and their inalienability and universality,  suggest that Burns may have been influenced by Thomas Paine’s The Rights of Man.

This is a setting of Burns’s famous anthem by the Bohemian composer Leopold Kozeluch. He supplied musical settings for a large number of Burns’s songs and this one first appeared in the Select Collection in the fourth volume in 1805. Thomson gave it the title ‘The Honest Man the Best of Men’ and suggested that, because ‘there is an ellipsis at the beginning’ of the song, the singer might substitute ‘Where’s he’ for ‘Is there’.  The chorus is set for vocal duet while the verse is for a solo singer.  The air or melody is clearly that still closely associated with this song named ‘For a’ that and a’ that’. Burns had used this tune earlier for the Bard’s Song in his cantata ‘Love and Liberty’ or ‘The Jolly Beggars’. 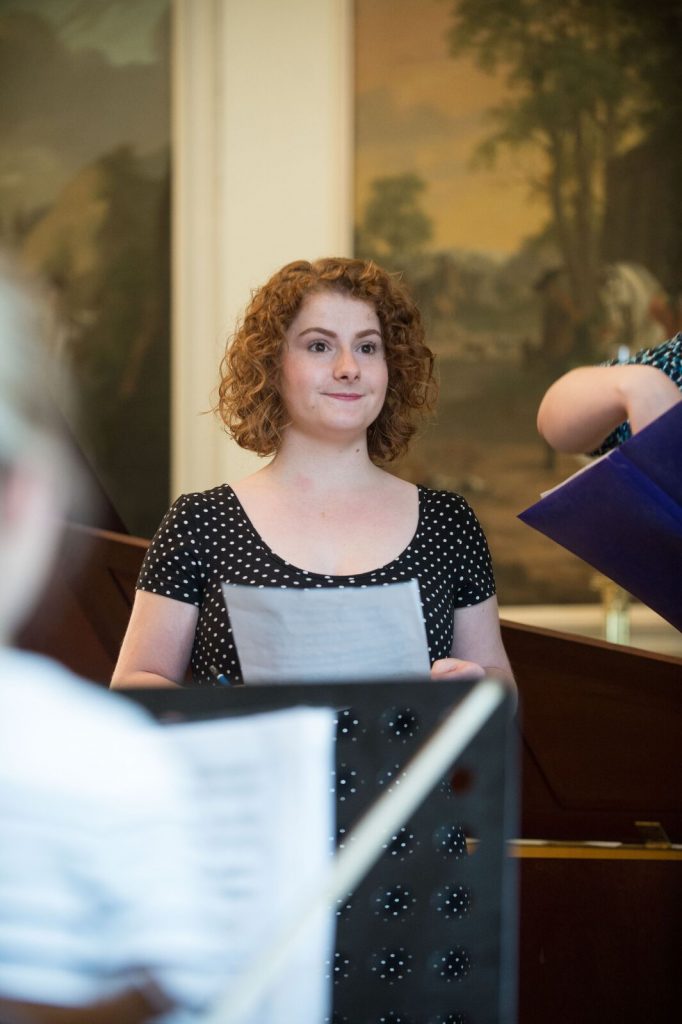