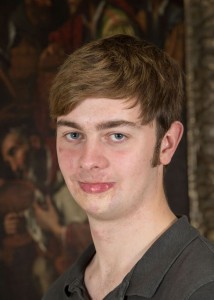 Gordon Abercrombie was born in London on the 24th of September 1992 into a medical family. Gordon moved with his mother to Scotland when he was 5 years old. He did not engage with schooling for most of his early and adolescent life and went through multiple problems until he was moved to the “New School Butterstone” which is where he began playing Guitar at aged 16.

Gordon did not immediately pursue a career in music, his attention was first on the dramatic arts and when he left school he went to drama school for one year in Dundee. After graduation Gordon became disenfranchised with the dramatic arts and decided at age 18 he would turn his focus towards music and the Guitar.

Musically, Gordon maintains interest in Classical improvisation and early music, and he brings his energetic and direct personality to his music making.