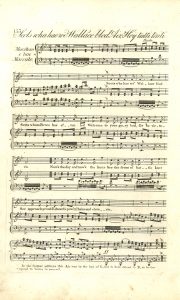 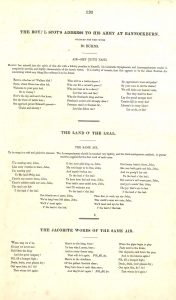 The theme of the Scottish wars of independence was one which Burns had very much at heart, and which roused his spirits and his patriotic sentiment throughout his whole life.

Burns had sent this text to Thomson in a letter of August  1793, much enthralled by the verses he’d created. Thomson initially disagreed with Burns’s choice of tune and published the song in 1798 to a Jacobite tune called ‘Lewie Gordon’. But he realised his mistake before too long and the song appeared with a new setting of the tune ‘Hey Tutti Taiti’ by Joseph Haydn in 1802. It’s this setting, with its rumbling, war-like cello part, and triumphant violin skirmishes, that you can hear on the website here. 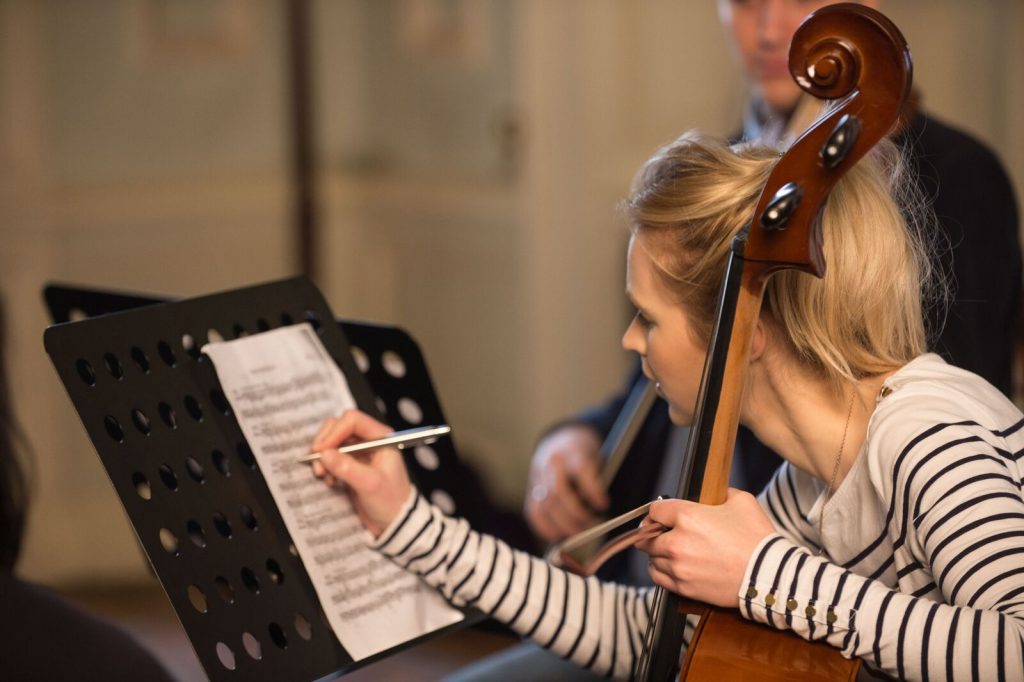