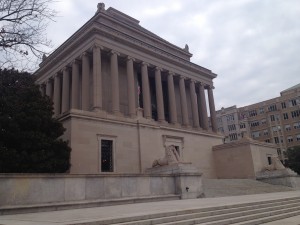 As stated in my previous post, I will be spending five months based in Washington, DC at The Library of Congress, in the hope of unearthing new materials regarding Burns’s America recpetion and subsequent critical development.

The resources at The Library of Congress have proved very useful so far, and I’ve been given access to databases that contain various 18th and 19th Century newspapers that reveal much about how Burns was being framed as his name became increasingly familiar on American shores.

Being based in Washington has also meant that I’ve has the opportunity to visit the William R. Smith collection, based in the Library of the Supereme Council Of The Ancient & Accepted Scottish Rite.  A Scot who emigrated to America in the 19th Century, Smith was not only a talented botanist (he served as ‘Superintendent of the Botanic Garden in Washington’) but also an avid Burns collector, who, along with Andrew Carnegie, assembed one of the most extensive collections of ‘Burnsiana’ in America.

In the foreword to Larissa Watkin’s Burnsiana: A Bibliography of the William R. Smith Collection in the Library of the Supreme Council, 33, S.J.  (Oak Knoll Press & Library of the Supreme Council, 2008), it’s stated that ‘the Smith collection contains several times more volumes published in the United States than does the Mitchell Collection’, and thus a visit to the collection is a must for anyone interested in the early dissemination and publication of Burns’s work in America. 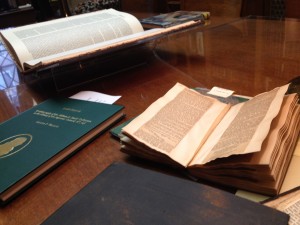 In addition to books and memorabilia, Smith – and his friends and family – also compiled more than sixty ‘scrapbooks’ of letters, photographs, clippings, pamphlets and almost anything he could find that related to Burns in his lifetime (and sometimes from earlier).  Many include clippings and items from local Washington D.C newspaers such as the Evening Star, and in later years the Washington Post. The scrapbooks are of various shapes, binding and colours, and some have a white label with a number affixed to the spine.  While there is much work to be done in terms of ordering and interpreting the details, they are a delight to browse through and offer up many interesting snippets of Burns’s presence in America in the later nineteenth century. 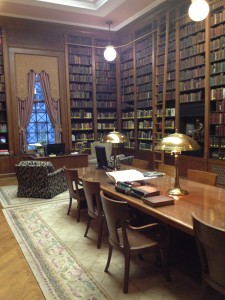 The William R. Smith Collection is undeniably impressive in its size and detail, and I have been lucky to browse the collection – including the scrapbooks – in the past couple of days. I look forward to browsing the scrapbooks in more detail, and thoroughly recommend a visit to the Library of the Supereme Council Of The Ancient & Accepted Scottish Rite in Washington. Anyone with an interest in Burns will not be disappointed.