As we approach Hogmanay 2014/15, the ‘Editing Robert Burns for the 21st Century’ team have been thinking about the different ways in which ‘Auld Lang Syne’, Burns’s most universally famous song, has been remembered and performed from the eighteenth-century to the present day. In our ‘Auld Lang Syne’ online exhibition we provide a history of the song, accompanied by audio clips of the alternative musical settings published in James Johnson’s Scots Musical Museum (1796) and George Thomson’s Select Collection of Original Scottish Airs (1799). This year we’ve uploaded a contemporary recording of the song, performed by project PhD student, Jonathan Henderson. 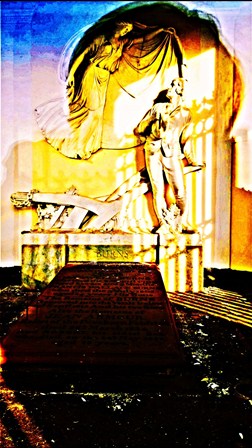 Jonathan has organised several 21st Century Burns Song Nights this year, and following on from these, just in time for the festive season, he has recorded a modern version of ‘Auld Lang Syne’.

As mentioned in the History of ‘Auld Lang Syne’, the song is often performed with variations from the original lyric, and the evolution of the song is traced in this version, with the word ‘jo’ in the chorus being changed to the, now often sung, ‘dear’.

The melody too, is recognisable as one that is sung all around the world. This largely matches the air that Burns preferred, and which appears in George Thomson’s A Select Collection of Original Scottish Airs (1799). That said, Jonathan has rearranged the accompaniment in this new version, which gives the song a slightly different sound.

Jonathan’s version is accompanied by guitar and there are changes to the chords normally played. This gives the song a slightly lower-spirited tone, appealing to the sentiment of the lyrics, and allows the guitar to follow the melody more easily between the verses.

So, this festive season, please enjoy this new version of the world famous song. And why not leave us a comment? We would love to hear your thoughts on it!