Burns Documents at the NRO

Much of the current work of research staff on Burns C21 involves the transcription of manuscripts associated with Burns’s correspondence. It’s a process requiring patience and meticulous attention to detail but one which is nicely balanced by the frisson experienced from knowing that I’m looking at documents in the actual hand, and expressed in one of the many voices, of the Bard himself. Crucial to the work is the acquisition of digitised images of MS material from the many, widely dispersed archives and libraries where material is located. It’s always a great pleasure to engage with the committed and helpful staff in such centres, and of course there is always the added excitement of a document coming to light which has remained unscrutinised for a very long time…

Such was my experience when I set out to locate the MS of Burns’s Deed of Assignment of 22 July 1786. He drew up this Deed when he believed he was shortly to emigrate to the West Indies, as he wanted to transfer his assets to his brother Gilbert for the board and education of his daughter Bess Paton. To ensure its legality Burns had it properly endorsed by William Chalmers, Public Notary in Ayr, and witnessed by two clerks. When the twentieth-century Burns scholars J de Lancey Ferguson and G Ross Roy edited Burns’s correspondence they collated their transcriptions from a facsimile of the Deed and an early printed version. Both noted, however, that the original was in the office of the Sheriff-Clerk, Ayr. Hoping to view it, I made a telephone call to the Ayr office and spoke to a gentleman who was most enthusiastic and ready to assist me in the search for the document. Very quickly he called me back with the, initially, disappointing news that it was not to be found but advised me to try the NRO in Edinburgh where important documents are often centrally stored after time has elapsed.

Dr David Brown of the NRO speedily responded to my email requesting any information he might have about the Deed, and in a remarkably short time came back to me with the news that he had indeed located the original, and would be happy to send me high resolution scans. This was a real find, but the good news didn’t end there! In the course of searching for the document, David and his staff also retrieved letters written about the poet by John Mitchell, Burns’s boss when he was working for the Excise service. These letters make a very substantial contribution to our understanding of Burns’s radicalism, and how it, and the poet himself, were viewed by his contemporaries. As Professor Gerry Carruthers has said, ‘the new material reveals that Burns’s progressive political views were an “open secret” in the Civil Service. Indeed, some of those intelligent and educated colleagues with whom he worked shared his views. And in this “space” Burns writes some of his most political songs, including “Scots Wha Hae” and “A Man’s A Man”. In both these songs and surrounded by his like-minded Excise colleagues, he was hiding his politics in plain view.’

It is truly exhilarating to reflect that in the course of a day’s work one may have the opportunity to observe such significant, fascinating material surfacing after so many years! 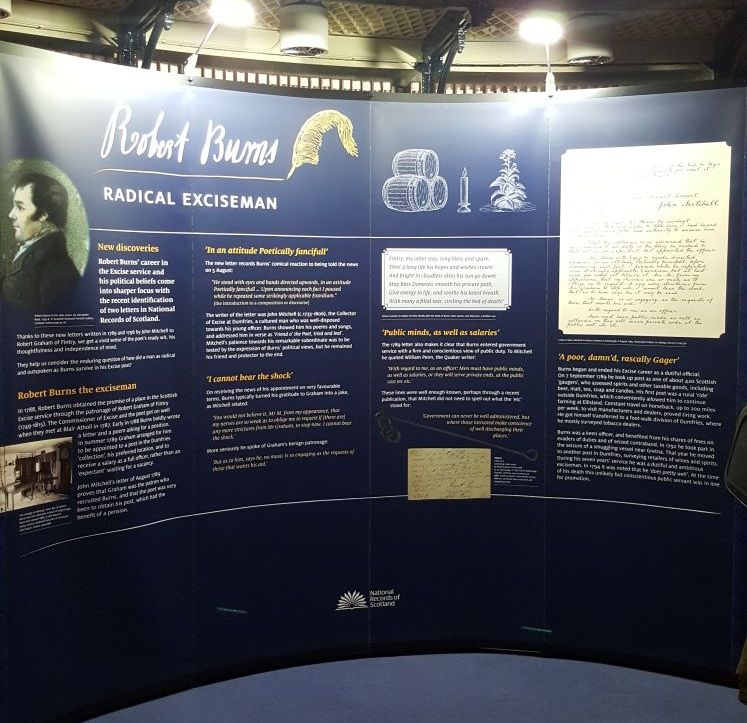 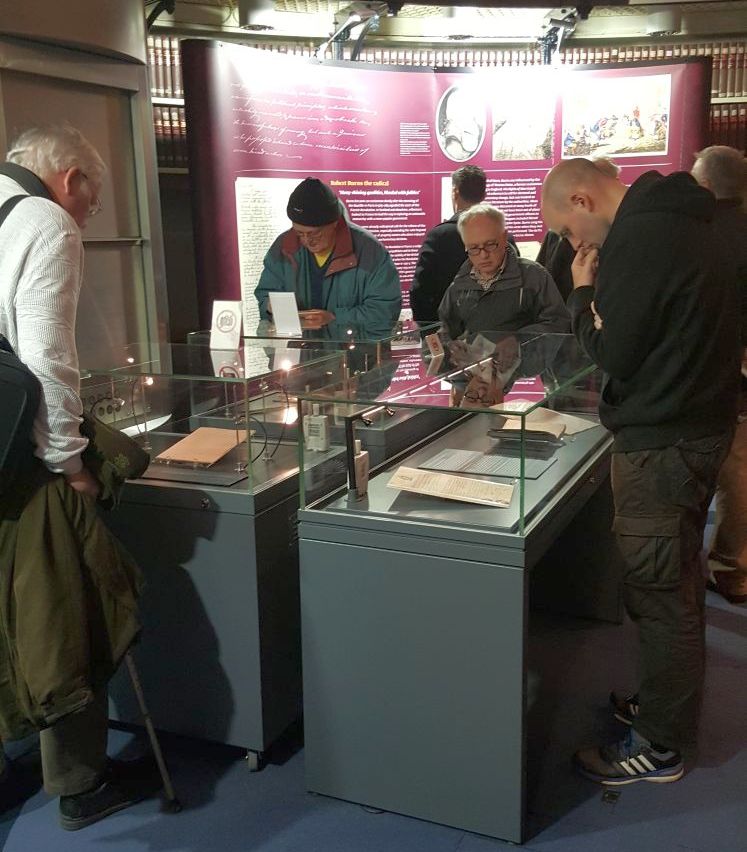